Police car camera wireless video uploading. In addition to being automatic, it is also convenient.  From the police car to the Police Station.  This is a private wireless network for just your DC6 cameras and your computer.

Police Car Camera Wireless Video Uploading simple, efficient and Automated.  This automation is a game changer for police chiefs who need to prove that the chain of evidence is clean. 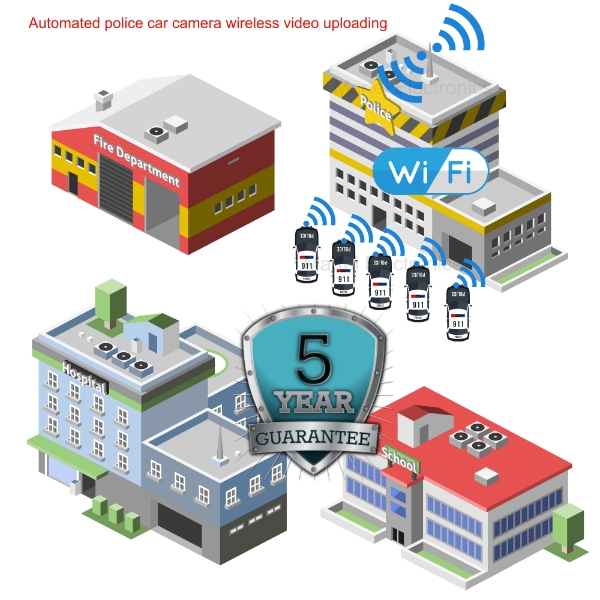 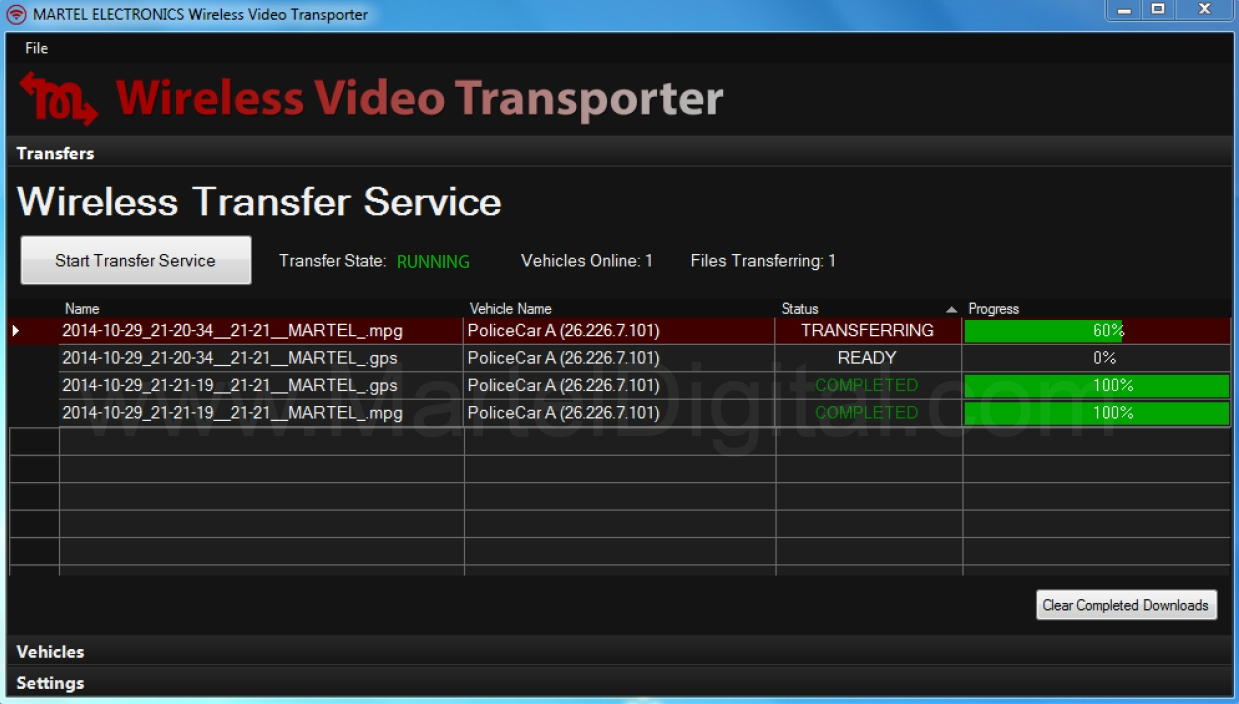 Our wireless automatic video uploading software can run on your police station existing computers. Our software is not proprietary and can run on any windows computer or server.

For most police departments wireless video uploading/downloading it the only option to manage all their cars cameras videos.

We recommend if you have over 5 in-car cameras than you should order the auto wireless video uploading package.  The administration will need to wireless automate the videos from the car to a server. Managing DVD or memory cards sounds like a simple idea until car cameras need switching of memory cards at 3 am and theirs no supervisor who can change them, or locate the video evidence on the missing cards. If you have bought a low priced police car camera and now are stuck managing memory cards we have the answer. Therefore, all the Martel DC6 Police in-car camera systems can be upgraded via wireless.

The Police car with a DC6 system in it drives near the police station. The DC6 dash camera system automatically connects to an 802.11AC wireless network that has been provided by Martel. Our DC6 police car cameras system sends a password to the wireless receiver located in the police station.

When the video system’s password is received and the connection is secure the wireless receiver then tells the DC6 HD Wireless In-Car Camera System to begin the Wi-Fi video transfer. Upon completing the videos transfer to the police stations server, the receiver then checks the integrity of the file and verifies all video has transferred successfully. Finally, the receiver commands the DC6 Police Car Camera to erase all files so the vehicle and camera system are ready to continue patrolling.

Drive within 1000 feet (304.8 m) and the auto download begins
Limitless numbers of Police Cruisers can download
New for 2017: Ultra high speed outdoor weatherproof download antenna.
256-bit Encryption secures your evidence electronic verification of complete video download transfer pauses when the vehicle goes out of range of the download area.  Also, the in-car video transfers are logged. Finally, the agency will have a clean chain of evidence.

Wireless video uploading/downloading software for the server.  Wireless transporter software can run on a server or standalone.  In addition, the DC6 has the wireless antennas built into the camera. Furthermore, there is no other piece you will need in the car. Our system is independent of laptops and mobile data units. No monthly fees.