Police car cameras systems have been used for over 20 years now, but now a new level of technology is aiding in the collection of video evidence. Now with evidence management software. The collection of video evidence saves thousands of officer man how’s a year. It is also reassures the police chief or sheriff that the video is being collected and placed into the correct usable formats on their servers. Police in-car cameras systems now are smaller, records in high definition and are quick to install. There are more ways to trigger the record activation in the current camera systems. 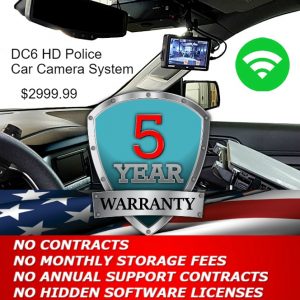 The latest innovation for in-car cameras for police vehicles is wireless offloading of video and audio files with a private VPN or network. This technology allows the police officers to concentrate on their jobs and not worry about the video evidence. Our police car camera systems give you 2 options for uploading the video to your computers. The first option is an SD memory card. The seconds are Wi-Fi wireless offloading of video automatically using a private 802.11 network.